Do you want to stop the pain of a home not selling?
Alpha Dimension Properties can help! 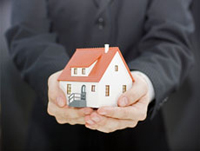 
Inquire About Our Services

Q: How do I get signed up with you?

We do a walkthrough of the rental property and have you sign a management agreement. There is a sample of this included in this notebook or on the Alphadimensionproperties.com website. Or we are always happy to e-mail it to you. 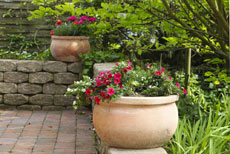 Aurora originated in the 1880s as the town of Fletcher, taking its name from Denver businessman Donald Fletcher who saw it as a real estate opportunity. He and his partners staked out four square miles east of Denver, but the town - and Colorado - struggled mightily after the Silver Crash of 1893. At that point Fletcher skipped town, leaving the community with a huge water debt. Inhabitants decided to rename the town Aurora in 1907, after one of the subdivisions composing the town, and Aurora slowly began to grow in Denver's shadow becoming the fastest-growing city in the United States during the late 1970s and early 1980s. Rather aptly, Aurora, the city composed of hundreds of subdivisions thus carries the name of one of the original development plats from which it sprang.

Although Aurora has long been considered by many only as one of Denver's larger suburbs, Aurora's growing population in recent decades (now over half the size of the City of Denver) has led to efforts for co-equal recognition with its larger neighbor. Former mayor Dennis Champine once expressed the somewhat whimsical notion that eventually the area would be called the "Aurora/Denver Metropolitan Area". Indeed, since the 2000 Census Aurora has surpassed Denver in land area, and much of Aurora is undeveloped, while Denver is more fully built-out. However, such efforts are somewhat hampered by the lack of a large, historically important central business district in the city. Aurora is largely suburban in character, as evidenced by the city's modest collection of tall buildings.

"They are knowledgeable professionals who look out for our best interests. They find the right tenant and are available at all times and answer questions promptly. I recommend to anyone who is looking for a property manager."
- Client Testimonial